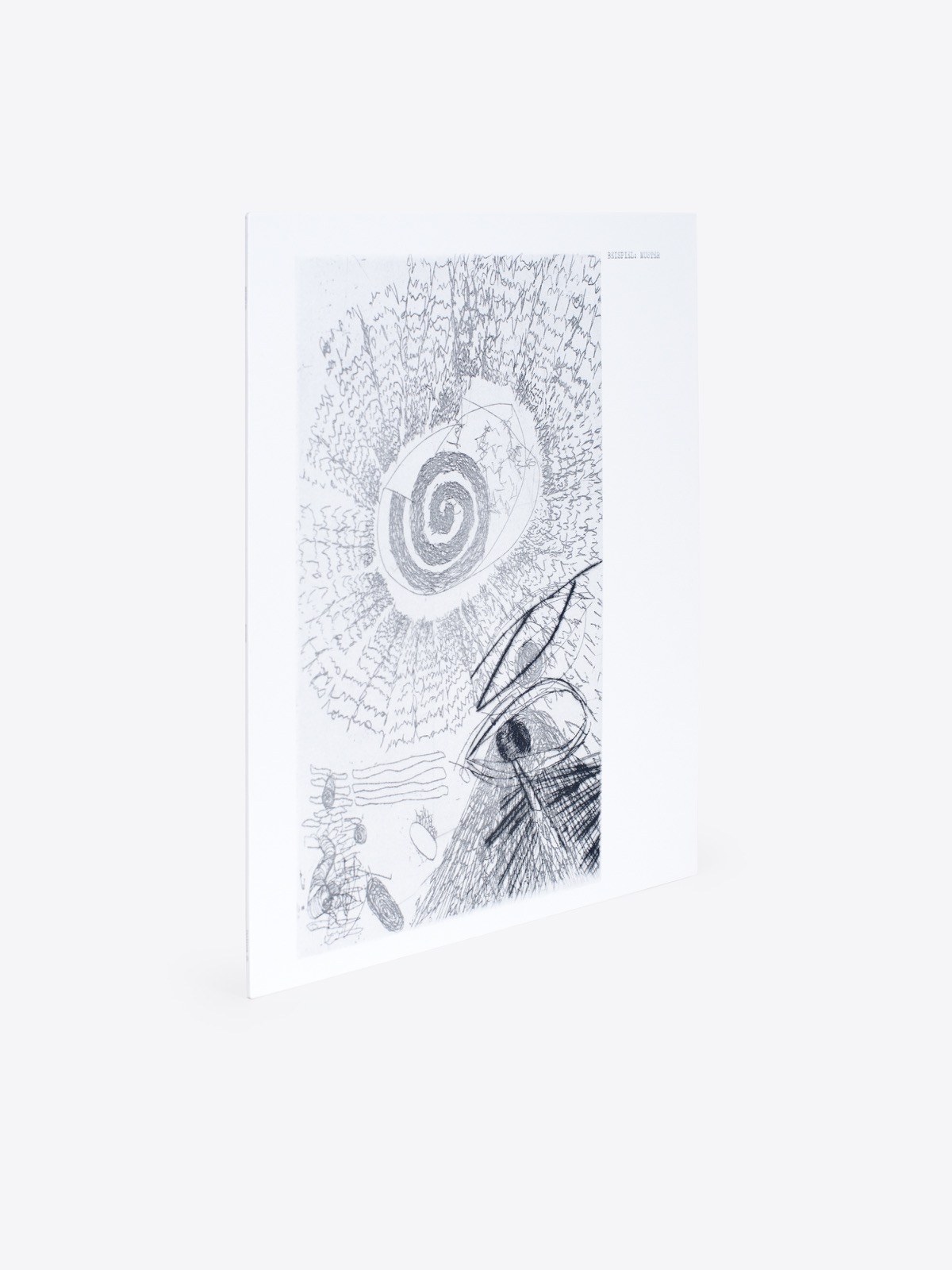 “Meaning” is a concept that is overused in connection with music. Muster does not call for the same kind of air quotes. With its title, German for patterns/exemplars, Beispiel’s album frees itself from the ballast of teleological semantics. There is no overarching theme, no preparation, no reading list, no reason for this music. Just two facts: Frank Bretschneider and Jan Jelinek have known each other a long time and appreciate each other’s work; and they share a love of modular synthesizers and of experimental set-ups designed to capture surprise.
Bretschneider and Jelinek got together for their first joint session in 2016 and the years that followed brought more such meetings at Jelinek’s studio for open-ended musical dialog – at irregular intervals and with no clear objective. The improvisations were recorded in two stereo tracks: one track for Bretschneider’s audio, one for Jelinek’s. After each session, the recordings were processed separately, the options essentially limited to cutting and...  morecreditsreleased March 18, 2022