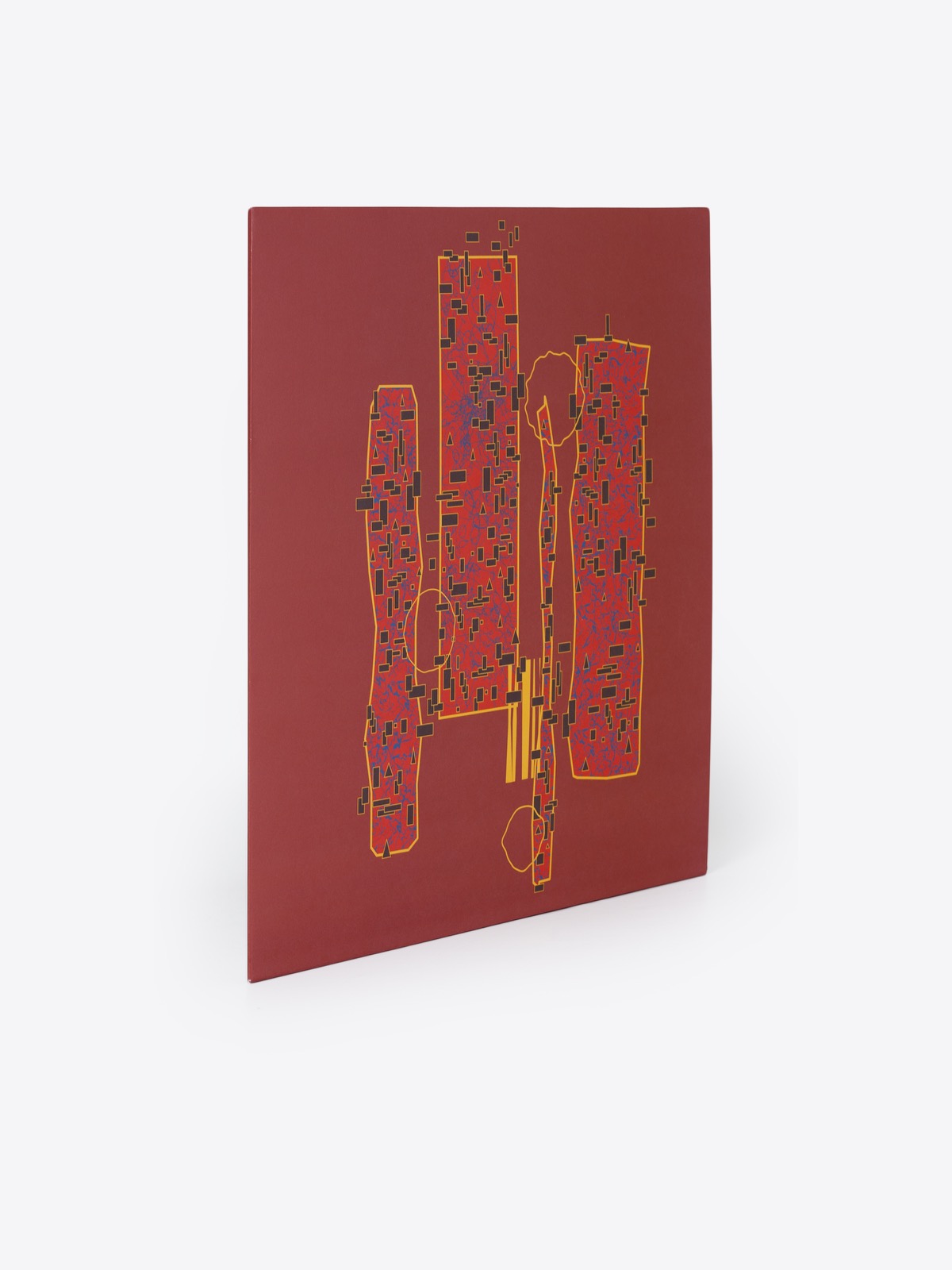 In ‘Syntactic Structures’ (1957), Noam Chomsky argues that language is unlike behavior, but is instead closer to the physical attributes of us humans. In short, once language penetrates the constellations of our physique, then it could be theoritized as empirical. Chomsky concluded that the human consciousness (at least in the syntactic context), is rather like a pendulum between two opposite poles: structural and creative. Its nature is generative and transformative. Free in metaphysical terms, yet bound by the natural laws of physics.

Though abstract and speculative, this idea serves as the point of embarkation for the creation of ‘Sintaksis’ by artist Aryo Adhianto. Grounded by a set of rudimentary rules and minimal orchestration, each composition stretches skeletal rhythmic clauses into free-flowing pulses and timbres. Such is the process of untangling the clot of negative energy present within the artist as an individual, simultaneously governed by ‘feel’ and performative aspects.

Despite the inward, expressionistic nature of ‘Sintaksis’, its diction is a direct bi-product of external factors. The accumulated distress and volatility that have become the fabric of normalcy in Jakarta urban conditions are present here in fluctuating sonic forms. This chaotic disposition questions the battle of narratives and the paradigm of the individual’s function in society while treading the path of a broad musical heritage with agility and virtuosic qualities.