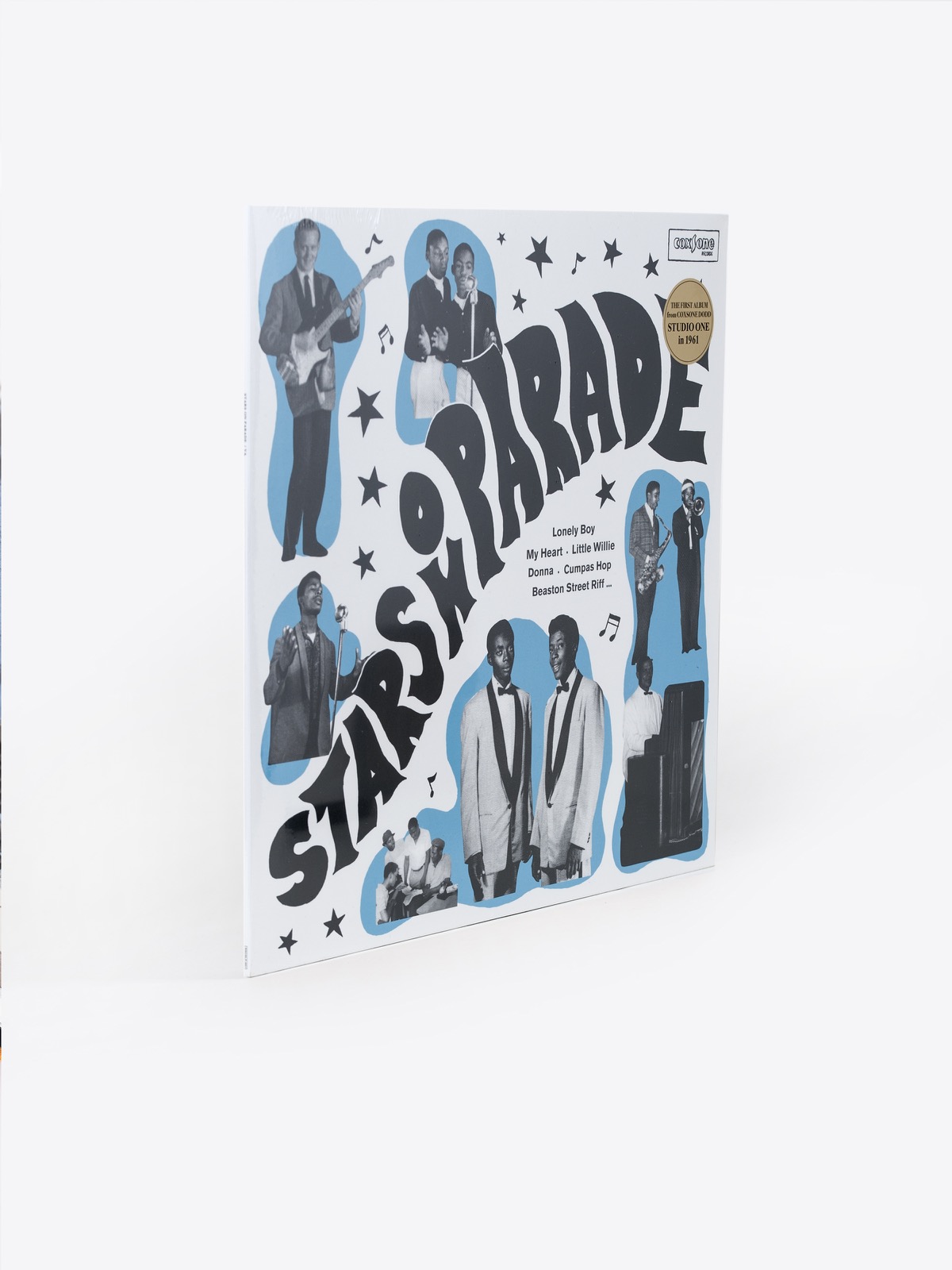 "Many collectors had thought Coxsone’s first LP was “All Star Top Hits” , but this “Stars On Parade” is the true owner of that honour. The original pressing was a small run and all copies have long gone.

You can enjoy the big shot of Clancy Eccles “Freedom” and other shuffle boogie tunes from the earliest Ska era."

The first Jamaican sound systems played American RnB, jive, and New Orleans hits, picked up by DJs fresh off the boat from States. As Jamaica gradually produced its own army of musicians, the earliest Jamaican records were mostly covers and reworkings of American songs. Eventually, the offbeat of RnB became the "ska" that changed everything.

An important work, as the origin of not only Studio One, but all time Jamaican music from ska, rocksteady, reggae to dancehall.
The liner notes by Brian Keyo include first-hand information from the artists which reveals the background of Jamaican music scene at that time.