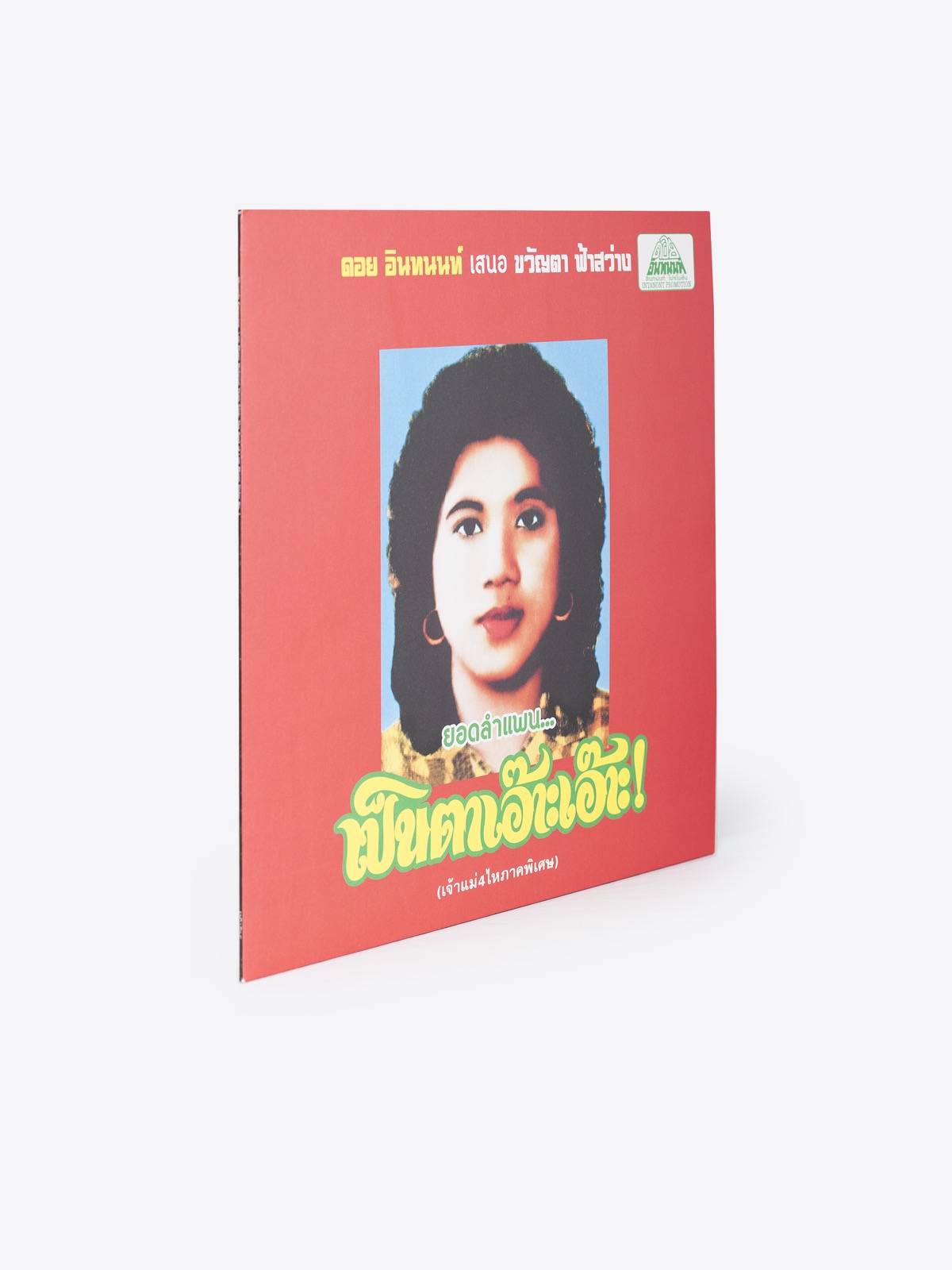 Thai dancehall classic & well known here from some dj sets of the workshop records co-founder.
when you hear a motorcyle roaring loud in a club, you will know.

The best of Khwanta Fasawang, the heart and soulful Sister No. 1 of 1980s Lam Phaen, queen of the cassette era.
She was chosen, from over a thousand demo tapes, by legendary producer and songwriter Doi Inthanon, who wanted to create a new, streetwise dance music. The Lam Phaen genre was the result, and Khwanta Fasawang was the singer he chose to be its representative.

Combining earlier musical trajectories with electronic elements and lyrics dealing with drinking and love, money and motorcycles, Khwanta led the cassette-format Lam Phaen boom of the early 80s, gaining great popularity in both her native Isan and across the whole country. A change in lyrical concerns and the use of electronics has parallels with Jamaican Dancehall, and this music
can be heard as one of the roots of Lam Sin, the Thai Bass Music which began in the 80s and 90s, but these recordings are not mere musicology.

This is living music, and very fine music at that. Queen Khwanta, Sister Fasawang. She can't be denied.