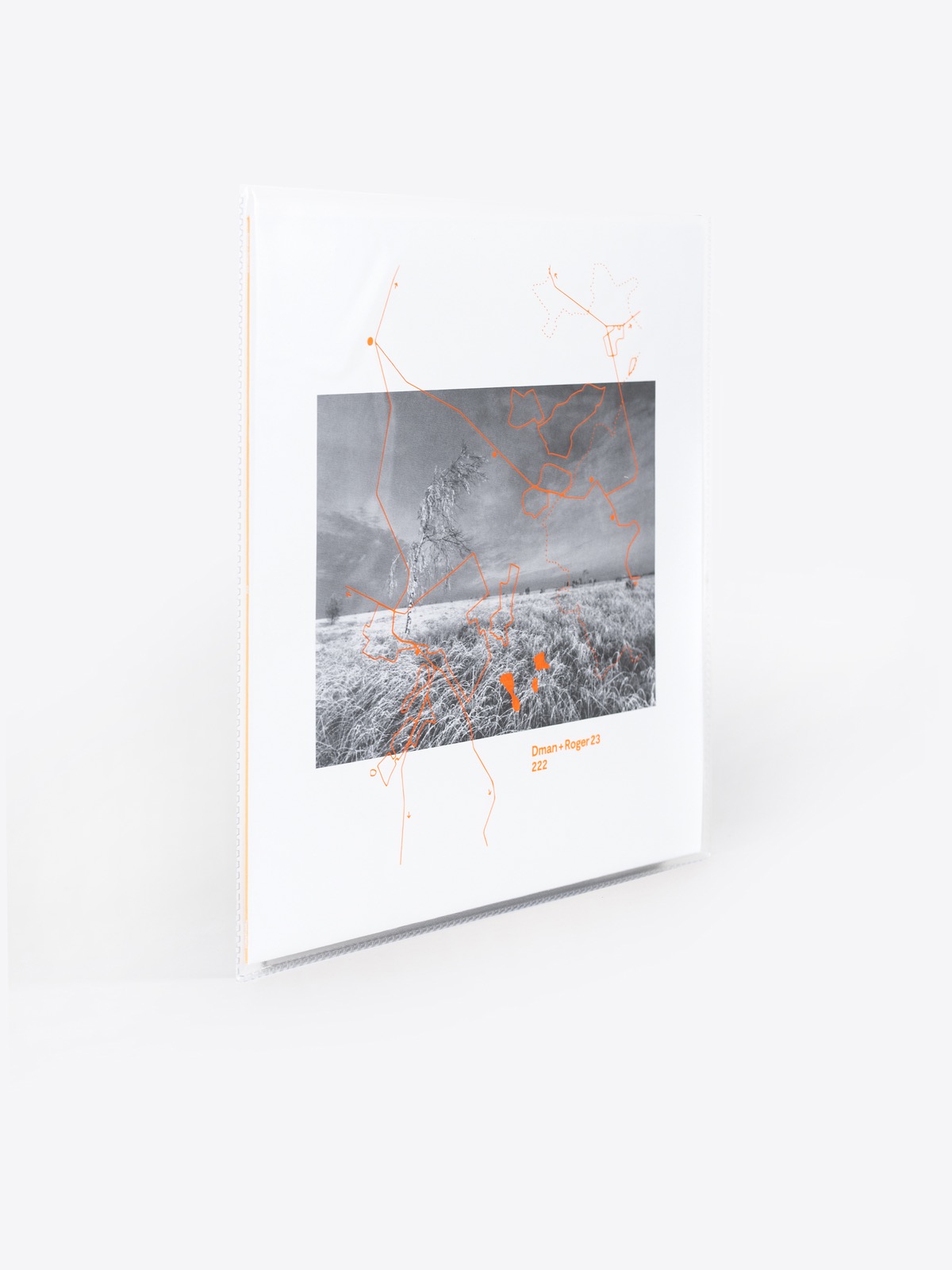 the fantastic noorden label from cologne presents a versatile wonder pack
produced by the saar/neckar´s most solid connexion that comes as
the famous dirk "dman" mantei & thee at least as famous roger "23" reuter.
check out their both history and profound discography to understand.

The 2018 Meakusma Festival in eastern Belgium saw the first ever joint live performance by Dman and Roger 23. »222« sees the recorded rehearsal takes for that performance edited and enhanced, conjuring up an album that consciously swerves in and out of concrete and dreamlike states, updating 90s-like ambient house and techno with a cavernous and conceptual stance.

Over the course of twelve tracks and two locked grooves, »222« brings concrete ideas to conclusions that are as coincidental as they are intentional. It is this dichotomy that drives the album, its experimental nature touching upon simplicity and complexity in equal measure. Infused by a desire to fully execute ideas or have the ideas reach their own conclusion, »222« has an explicit album structure, giving space to long stretches of echo-laden experimental soundscapes and beats that are introspective yet forward, while its short tracks break open the mold and reset attention. This is an album made by two forces of underground club music in Germany. Their shared knowledge informs it with a sense of history while at the same time updating and commenting on that same history. It uses house and techno as a portal into more experimental terrain.
The album’s cover image is taken from the book »Das Hohe Venn - Bilder einer Landschaft« by Willi Filz. All track titles make explicit reference to villages and towns in the Eifel region in western Germany and eastern Belgium. All rehearsals and recordings took place in Saarbruecken, exactly 222 km from Eupen.
Roger 23 has been carving out his own particular club music niche since 1998. In recent years, his production work has shown an ever-expanding interest in ambient and experimental music. Dman used to run the legendary HD800 club in Mannheim, Germany, a catalyst for electronic club music in the south of Germany.