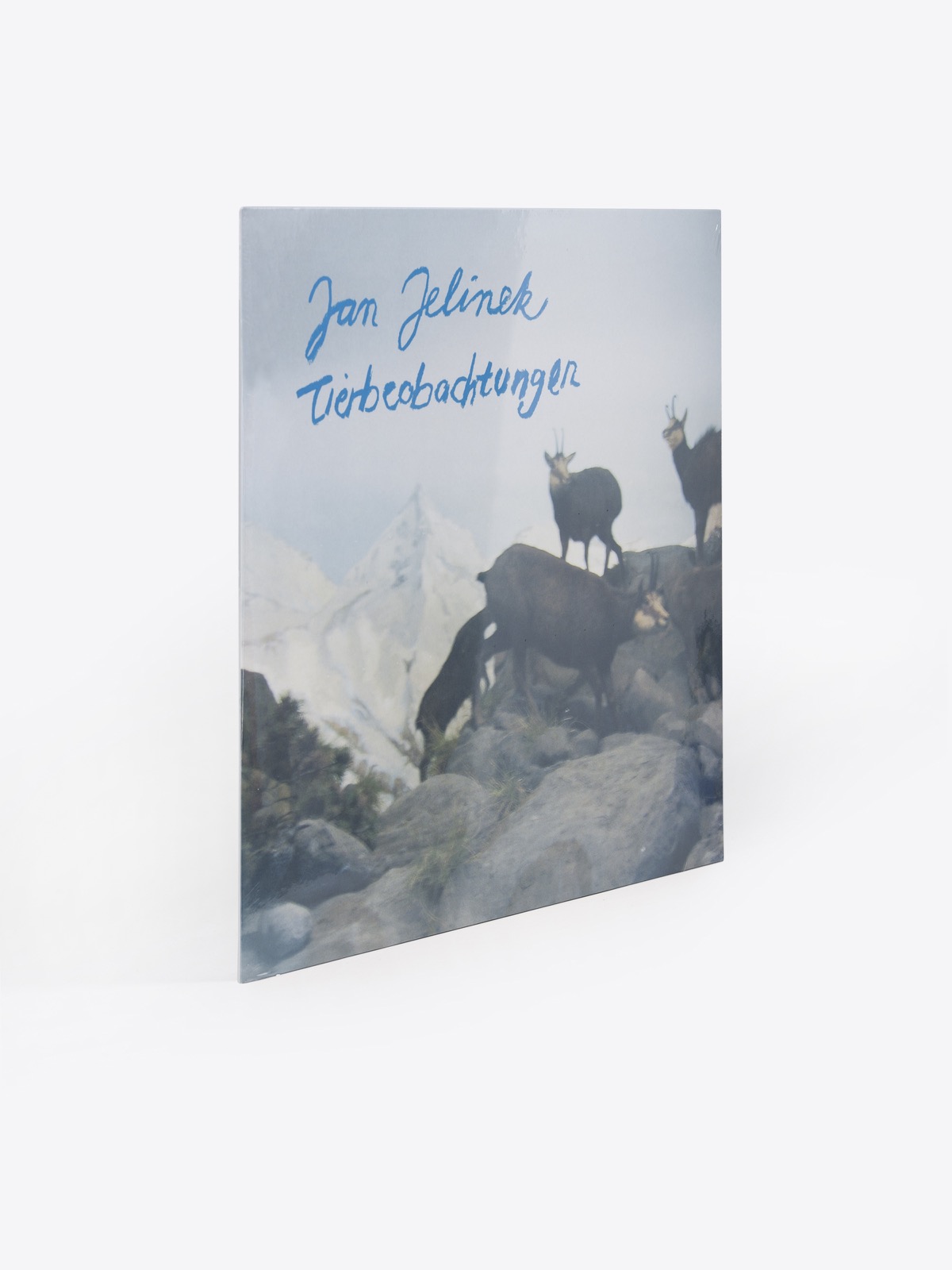 a wonderful piece of vinyl for all the animal obersever minded.
promotional text taken from faitiche website:

Faitiche is delighted to present Jan Jelinek’s album Tierbeoachtungen in a limited pressing on vinyl for the first time. Originally released on Scape in 2006 as a CD and download, the album’s six tracks took their cues from Jelinek’s live concerts of that period: dense, slowly unfolding loop improvisations made with a laptop, various effect pedals and miniature synthesizers. It is music that floats in a semi-conscious state between dream and awakening, always slightly mysterious, leaving traces that lead directly to the psychedelic-cosmic music of the kraut era.

In his release notes for Tierbeobachtungen at the time, the late lamented Martin Büsser wrote:

“The animal is experiencing a renaissance in music. It provides a reflective surface for our notion of the unbridled and irrational, of that Other the philosophers Deleuze/Guattari – as part of their ‘Animalisation’ – called the embodiment of artistic deliverance. And yet, how much of a liberation can art actually tolerate? To what extent can music truly throw off its fetters without descending into chaos? Jan Jelinek’s album title provides a first hint of this development: Tierbeobachtungen (animal observations) is his fourth album for ~scape, and it addresses the issue of release and liberation. Recorded almost in transit, while preparing his move to a new studio, the tracks reveal and relish in their improvisational character, and drifting, lost sound – yet they never lose sight of their underlying structure. Tierbeobachtungen might be Jelinek’s freest and most personal work, with simply arranged tracks based on four to five layered and modulated loops, while his own studio equipment provides the main sampling sources, from synthesizer and guitaret to vibraphonette. Jelinek takes on the role of observer on this record, with a level of reflection remaining audible throughout. However, this is by no means intellectual, distanced music – Jelinek leads us straight into a thicket, an acoustic jungle where sumptuous splendour meets the uncanny. A long tradition of psychedelic music pervades the recordings – Amon Düül, Cluster, My Bloody Valentine – yet whatever musical memories might vie for our attention, these are no clear-cut references, just loose associations. On occasion, one might even be tempted to take them for field recordings – gems discovered, stored and returned from their travels by ethnologists fifty or a hundred years ago. Similar to the pioneers of industrial music, like Cabaret Voltaire or Zoviet France, who experimented with field recordings to challenge Western listening habits, Tierbeobachtungen takes us to new, unknown territories and brims with sounds that defy geographic or stylistic classification, not unlike the semi-conscious state between dream and awakening. (...)” Martin Büsser, 2006